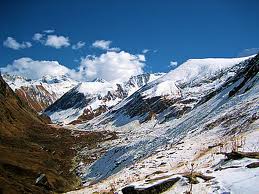 Creating a list of the world’s best in a particular field is one of the hardest things to do. A list of places of natural beauty around the world must be one of the hardest since there are so many to choose from. Anyway, after careful research and observations, here are some of them and the reasons that made them qualify among the best of the best.

Located in Asia, the Himalayas is the highest mountain range in the world and is home to Mount Everest. It stretches for miles and contains ecology unique to any other in the world. This is because the climate varies from tropical at the foot of the range to snow and ice at the highest points. Its attraction sites include:

· Home to about 2000 islands and islets. The islands have been affected by coastal erosion forming eerie caves.

· Limestone pillars that rise majestically from the ocean. Some of the pillars have also been eroded to form breath-taking arches.

· The locals live on floating houses that are spectacular to watch and also to take trips in.

· The animals to view include bantams, monkeys and lizards.

· It is located in north eastern Italy.

· Formed by a group of islands in a marsh region separated by canals but connected with bridges.

· The only way to travel around Venice is by water taxis known as gondolas. This is very unique and one gets to soak in the beautiful city in style.

· Venice is known to be beautiful for its location, music, art and architecture. Famous landmarks include St. Mark’s Basilica, the Grand Canal and the Piazza San Marco.

· An all year round holiday destination due to its tropical temperature.

· Has an incredible blend of unique and very rare marine life e.g. the scolapendra centipede, marine iguana, molluscs, the Galapagos cormorants and was once home to the last giant Pinta Tortoise affectionately called Lonesome George.

· It is located in the offshore of Belize in the middle of Light House Reef Atoll.

· It is most famous for its recreational scuba diving.

· Caves located 130 feet deep with stalactites that leave one in awe.

· It has been said to be a national park of amazing beauty.

· It is most famous for its mountains. During the summer, the sunrise is a must watch as the rays strike the horns of Torres Del Paine massif the turn purple and then red.

· Has a wide range of vegetation and animals like the guanacos, nandues, foxes and pumas.

· It is the most well known of the French Polynesian’s Leeward Islands.

· It surrounded by a lagoon and a barrier reef and at its centre is a remnant of an extinct volcano.

· It was awarded the title of “the most beautiful island in the world” by U.S news.

In order to enjoy visiting these beautiful places, make sure that you have the right documents and to ensure that they are valid. If not check for visa and passport renewal agencies for stress free travelling.

Previous Post: « Most Important Things a Women Should Have In Her Car Travel
Next Post: Cracking The Code: The Nuts And Bolts Of Currency Exchange »